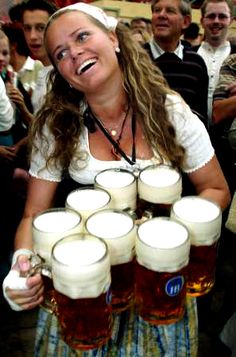 So if you have read this earlier post from yesterday then you know all the craziness that went into planning this trip and the reason we flew into Germany.

We started our Europe trip from Germany and we knew that there was no way that we could leave Munich without experiencing the world’s largest beer fest i.e. Oktoberfest!

Held annually in Munich, it is a 16-day folk festival running from mid or late September to the first weekend in October, with more than 6 million people from around the world attending the event every year.

History of Oktoberfest goes back to 1810 when King Ludwig I married Princess Therese of Saxe-Hildburghausen. All the citizens of Munich were invited to join the festivities of this joyous occasion. Every year it is held in the same location.

There is a big misconception that Oktoberfest is all about beer and gigantic beer tents. There is so much more to Oktoberfest. It’s an open air amusement park full of beer tents, rides, shows and eateries.

Simply put – We loved it and this is coming from a non beer lover :)! It was one of the top highlights of our trip.

We landed at Frankfurt Airport after a long flight from Seattle and went straight to our favorite pastry shop at the Airport. German pastries and toasted sandwiches are delicious. I still remembered the taste of that Thai chicken sandwich and double chocolate chip muffin from 2 years back…nostalgia.

We then took a fast train to Munich from Frankfurt. Tickets to my surprise were a little bit on the steeper side but this was the  fastest way to get there for us. We paid around $115pp for a one way ticket.

We got to Munich around 5pm checked into our very modern and comfortable hotel that was few minutes’ walk to Oktoberfest. We had a hard time finding anything affordable close to the park given our last minute planning. So be ready to pay well over $250 – $300 a night if not planning ahead of time.

Tip – Plan ahead if you can! Many hotels sell out months in advance.

We freshened up and were ready to check out Oktoberfest by 8pm. You could feel the festivities in the air on our short walk to the park. Germans and even some tourists were in happy spirits and very well dressed in their dirndl (traditional dresses for women) and Men in Lederhosen(Traditional bottoms with checked button up shirt).

We were blown away by the size of the festivities and number of people in attendance. We walked around and decided to go in the Hofbrauhaus tent. Everyone was dancing, singing, hugging random strangers. We were surrounded by 10,000 happy drunk people…drunk over beer and happiness! 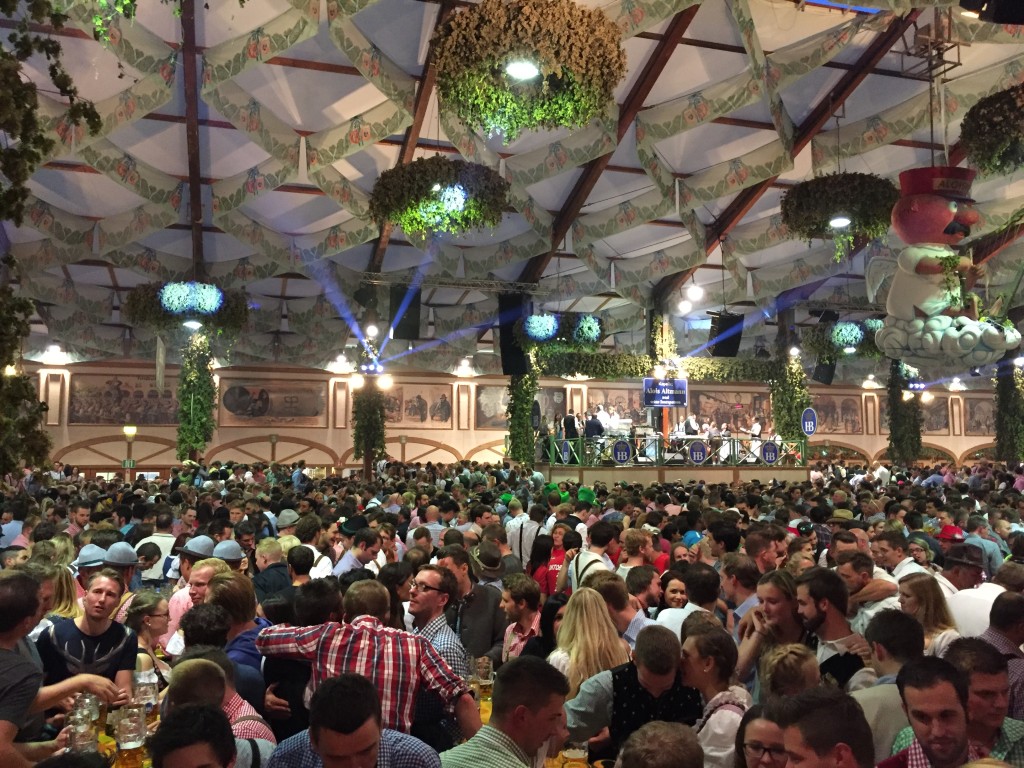 Few things my overly analytical self realized were – . 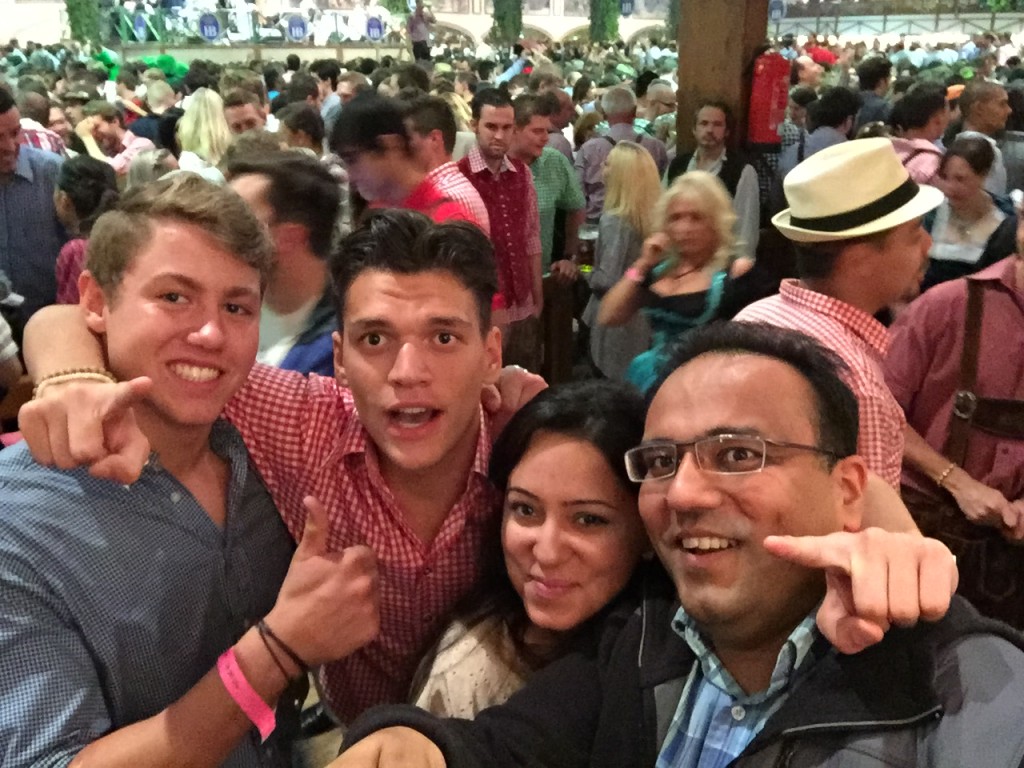 Watch the video above to get the feel! 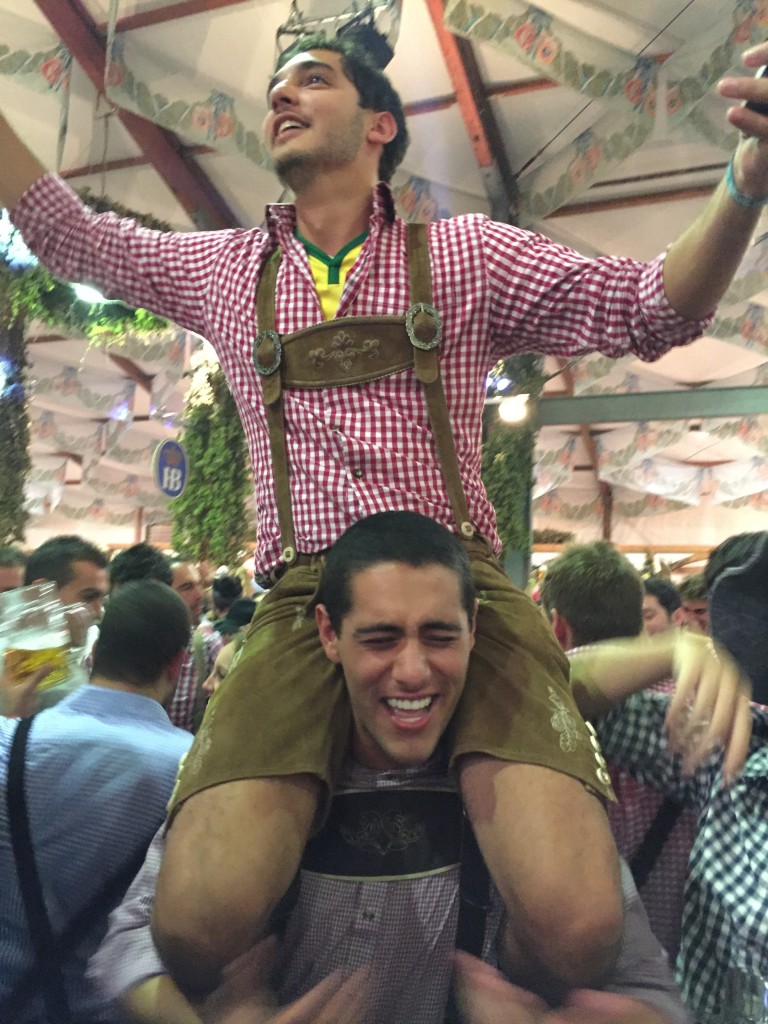 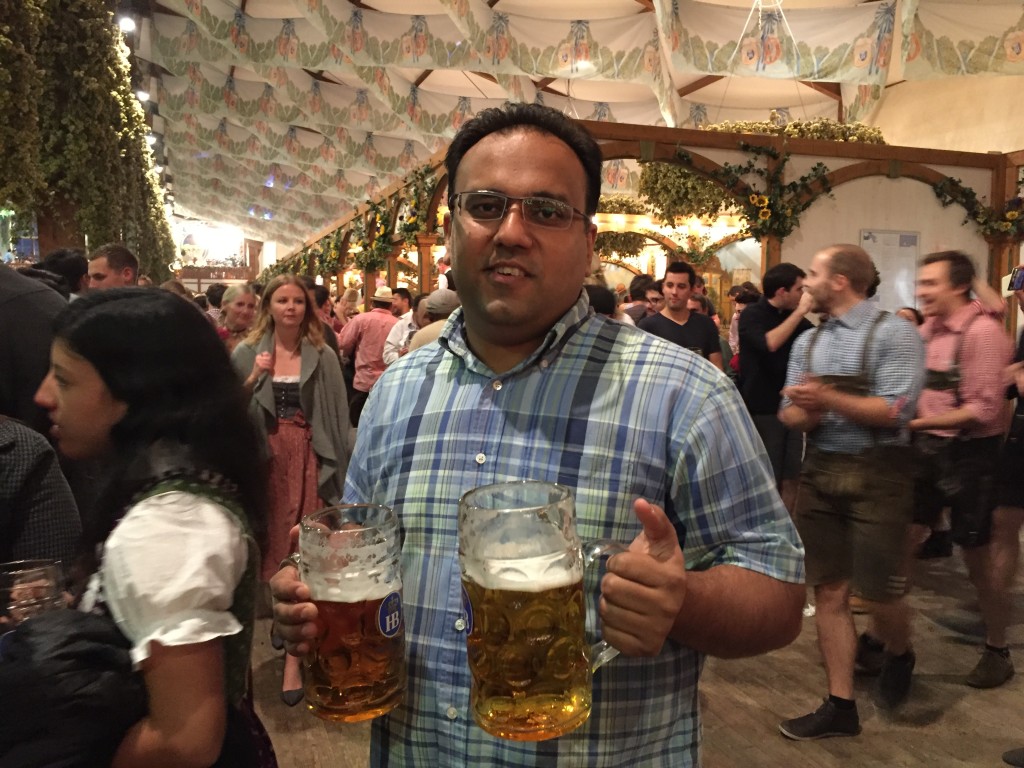 Prices were surprisingly affordable for the quantity, quality and the place. Beer was around $15(1 liter glass) and food is around $20 – $30pp. It’s all cash. Pace yourself out as you can easily spend over $200 for a couple in matter of few hours.

After lot of laughter, singing, dancing with strangers we decided to head out to the amusement park section and check that out. It was past midnight at this point but party was far from over. We tried some German sausages, roasted almonds, candies etc and called it a night at 2am. In total, we easily spent 5-6hrs at the park.

Next morning we came back again at around 11am and spent few hours at another tent. Ate some soft jumbo pretzel & delicious chicken rotisseries with beer. One thing about chicken in Germany is – they do it damn well, so soft and tender inside. It was full of flavor. We tried it at few other restaurants and it was extremely delicious.

We also indulged in some other street food at the Oktoberfest. Our favorite was to wrap it up with delicious sweet crepes. As always I got my favorite Banana Nutela and Ricky got amazingly delicious Nutela Cinnamon. 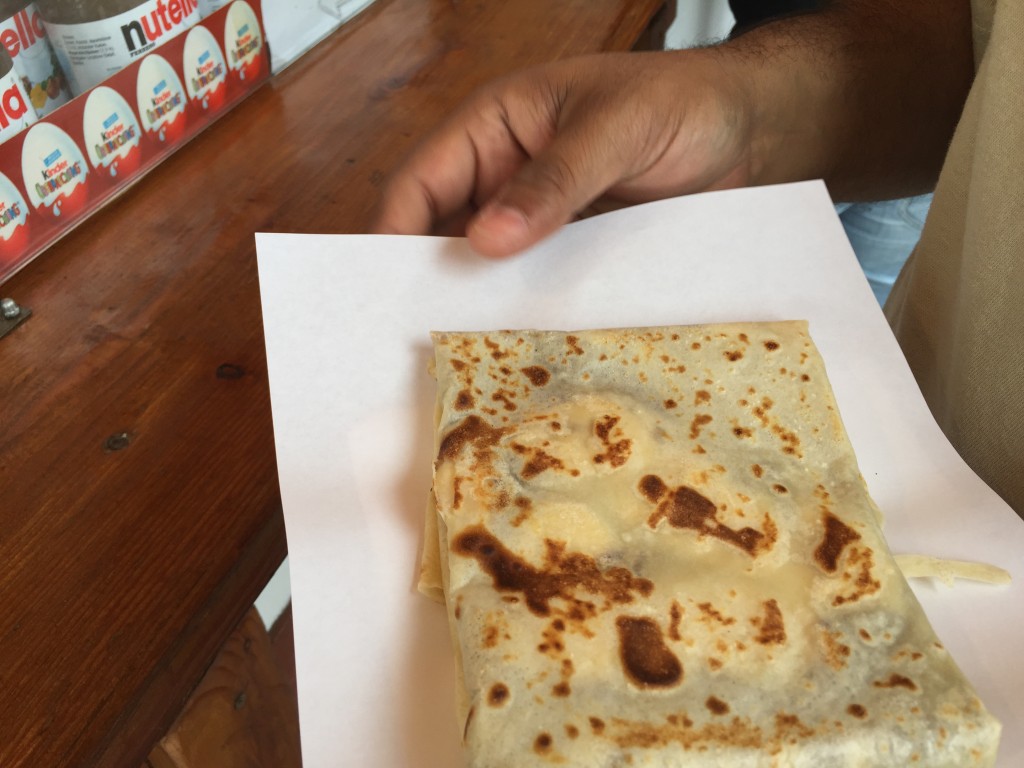 It is reported that 6.5 million liters of beers are consumed in these 16 days. It sounds like a crazy high number but considering that 6.3 million people attend this festival and the beer in served in a liter glass. Yeah, that is correct. There is only one size and that is 1 litre and we didn’t shy away from adding to the average :).

Ps- Checkout the first picture on top. I was amazed at how these waitresses could carry so many glasses at once. I struggled with just 1. Remember they are a liter each.